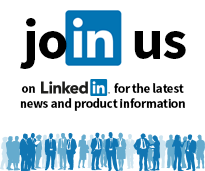 IMO is pleased to announce the launch of its new sales office and logistics centre in Australia located at Landsdale in Western Australia. IMO Pacific Pty will include local sales, technical support and inventory to support IMO's continued growth in the region.

"Despite the highly competitive nature of the market given its proximity to China, IMO's strong growth in Australia over recent years demonstrates that there is substantial demand for a high quality, well priced product range such as ours." commented IMO Chief Executive, Fausto Furlotti.

"This is a very exciting time for me and for IMO" said Gent, "I have seen at first hand the Australian market's response to IMO products and I am very optimistic regarding the beneficial impact local support and stock-holding will have on our customers and distribution partners."

IMO Pacific Managing Director, David Gent, is actually an ex-employee of IMO UK where he spent 19 years in various roles in the UK HQ, Europe and North America before emigrating to Australia with his family in 2008.

IMO Pacific is the second IMO overseas office to be opened in the past three months following the successful launch of IMO Russia in January 2014.